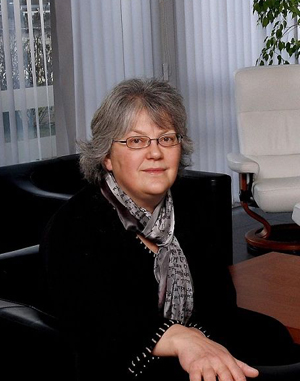 The Icelandic Cancer Society is an umbrella organization of 34 member associations (24 local associations around the countryside and 10 support groups). At the Annual General Assembly, seven members are elected to the governing board of the Icelandic Cancer Society. The current chairman is Jakob Johannsson M.D. and the CEO is Ragnheiður Haraldsdóttir. The Board meets regulary every month. The Chairmen of the various member cancer associations convene as a rule in the autumn, often outside the capital area.

The main role of the Icelandic Cancer Society is to be at the forefront of the fight against cancer.

Values of the Icelandic Cancer Society were choosen by representatives of the member associations and the employees. These are: Trust, Professionalism, Care and Respect.

The Goal of the Icelandic Cancer Society is supporting and promoting in every respect the fight against cancer by for example increasing public knowledge about these diseases, supporting and conducting research, running and supporting the National Cancer Registry, screening for cancer, supporting progress in the treatment of cancer and care of cancer patients, and securing their interest in every way.

The Cancer Registry was established in 1954 and is among the oldest of such nationwide registries in the world. The coverage is outstanding, as information is gathered about almost every cancer diagnosed in the country. The data processing aims to accumulate knowledge about the causes and nature of cancer, and the extensive data bank allows for various types of studies, e.g. epidemiological research. Recently, registration of the stages of cancer has been included in the data collected and some clinical measures will be included, , which will allow for a wider scope of research. The scientists at the Cancer Registry have published more than 500 scientific articles based on the registries data.

The Icelandic Cancer Society has for some years engaged itself in securing the rights and interests of patients, for exemple by putting forward information and remarks to the health authorities, commenting on relevant issues and engaging in general debates about cancer related issues. Now, the Ministry of Health is in the process of developing a new cancer plan for Iceland, and members of the cancer associations and others are hopeful that it will be useful for the cause of the cancer patients.

Education is instrumental in the prevention of cancer and of health promotion. The Lottery of the Icelandic Cancer Society secures finances for most of the educational activities and one of the local associations, the Cancer Society of Reykjavík, is co-responsible for that. An educational and professsional advisory council has during the last few years put increasing emphasis on the website of the Cancer Society (www.krabb.is) There, general knowledge and information on various cancer issues can be found, and is updated regularily. In addition, various preventive projects are supported be the Lottery, for example actions to reduce smoking.

For the last decadess the Icelandic Cancer Society has supported research in various fields of cancer, e.g. by as operating a research laboratory for two decades (now moved to the University of Iceland) and collecting and preserving a valuable biobank. The ICS recently started an extensive research endeavour in collobaration with the University of Iceland, Heilsusaga (http://heilsusaga.hi.is/) a cohort study of 100.000 Icelanders. This year a new Reserach Fund of the Icelandic Cancer Society will be established and will support domestic research on cancer. The research fund will be built on financial support from the Cancer Society and i´ts member cancer associations, as well as hopefully on contributions from older research funds that are currently run by the ICS.

Supporting patients and their significant others is a matter of priority by the ICS. In 2007 a new Councelling Service was started at the ICS, based on the work of consultants that had been in operation for decades. The Councelling Service offers information, education, psychosocial support, and various other services to those that have been diagnosed with cancer, their families and others that are affected by the diagnoses. Two nurses and a socialworker are currently employed but are assisted by many other professionals. Several courses are offered for patients and others, -now also for those health care professionals that work with cancer patients. Councelling via the phone (call center) is growing as individuals can call free of cost and obtain information regarding many disease related issues. The ICS co-owns eight apartments in Reykjavik where patients from the countryside can stay with significant others while being treated. Some local cancer associations have hired staff and opened local service centers. These are located in smaller communities in the countryside and enjoy the support of the ICS as well as the Councelling Service.

The office of the Icelandic Cancer Society is responsible for daily management and serves the different units. The yearly turnover is about 5 million euro. Employees are now 56 in 43 fulltime positions. The main sources of income are support from the state (cancer detection clinic and registry), fees for providing services (cancer detection clinic) and support from the general public for all other aspects of the work of the ICS. Financial support from from the general public and firms comes in different forms. Among these are presents, inclusive testament and commemorative presents, monthly contributions, purchases of different things sold for the benefit of the ICS, donations, and memorial cards. All are very valuable to the ICS that bases it´s very existence on these contributions.

Marketing issues and campaigning have during the last year become more central in the work of the Icelandic Cancer Society. The ICS runs annually an awareness campaign and fund raising initiative in October for women under the mark of the „Pink Ribbon“. During the last seven years, March has been devoted to an action called Mustache March „Men and Cancer“.

Domestic and international relations and collaboration. The Icelandic Cancer Society is one of the founders of Almannaheill, union of NPOs in the third sector, and also a member of The Icelandic Association of Health Care Providers.

The Icelandic Cancer Society is one of the members of the Nordic Cancer Union (NCU) as well as a member of the Europen Cancer Leagues (ECL) and the Union for International Cancer Control (UICC).

The ‘RSSFeed’ module could not be found